Study Suggests Tardigrades Might Be Limited to Black and White Vision 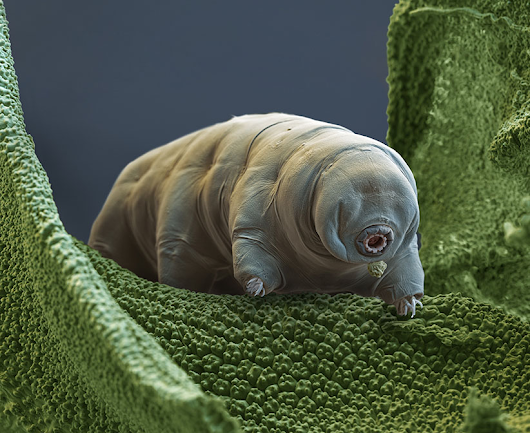 Tardigrades, also known as water bears, are microscopic animals with eight legs and are highly resistant to extreme conditions. Radiation, the vacuum of space, and harsh temperatures are no match for the tardigrades' ability to survive. A recent study involving these tough creatures suggests that they might not be able to see in color due to lacking proteins called opsins, which are light-sensing proteins. A research team in Japan, led by James Fleming, utilized genetic analysis to verify if opsins are activated in two tardigrade species, Ramazzottius variornatus, and Hypsibius exemplaris. The team found that Ramazzottius variornatus has active opsins. However, this species of tardigrade lacks eyes, making the idea of this species "seeing" difficult for researchers to understand. The researchers suspect opsins have a purpose in this species, although that purpose remains a mystery as of now.

On the other hand, the second species of tardigrade, Hypsibius exemplaris, does have eyes, which are very simple and cannot detect images, but lacks opsins that react to multiple different types of light. The ability to detect numerous different types of light is an essential feature in detecting light of different colors. More research is needed to determine whether tardigrades are completely colorblind or not, as the research team leader noted that, "Color vision in general is a very messy topic." It was also pointed out in the article that directly testing the eyes of water bears would help researchers know for certain whether or not tardigrades are completely colorblind or not. By researching and expanding our knowledge on tardigrade eyes, we can better understand these animals and how they function. By doing so, we can gain a better understanding of life in the microscopic world.

Posted by Danielle Harzold at 11:50 AM