Venom in a Mouse Bite 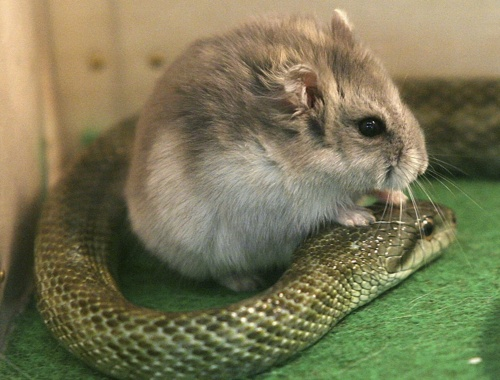 In this article, by OKINAWA INSTITUTE OF SCIENCE AND TECHNOLOGY (OIST) GRADUATE UNIVERSITY, there has been some evidence presented that has suggested that the mammal salivary glands and the snake venom glands have common genetic foundations. The common genes that they share provide the foundation for evolving venom by making sure the glands are able to produce loads of functional proteins. Venom glands evolved from early salivary glands and under correct conditions, these salivary glands can be repurposed for venomous functions. The genetic foundation required for oral venom is present in both mammals and reptiles. Researchers looked for proteins that were present prior to the venom's origins. It was found in previous studies that some male mice produced compounds in their saliva that was highly toxic when injected into rats. It was concluded that "If under certain ecological conditions, mice that produce more toxic proteins in their saliva have better reproductive success, then in a few thousand years, we might encounter venomous mice." In another article, the further discovery of how researchers have discovered a molecule that resembles components in snake toxins, in Mice.

Posted by Keith Sylvestre at 11:43 PM