Origins of life could have started with DNA0like XNAs 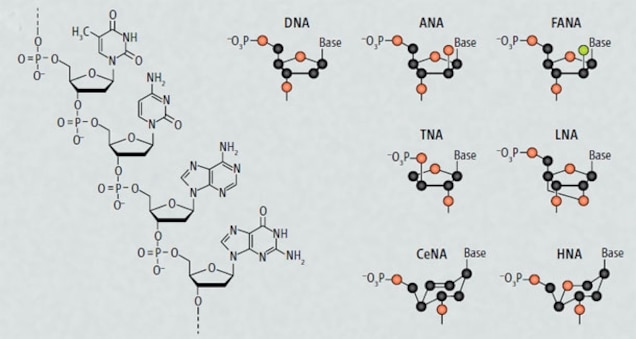 XNAs are said to be made up of chains of linked nucleotides, closely related to that of both DNA and RNA. What they differ in is that of sugar backbones. The human body is unable to break down genetic codes which is what XNAs carry. Researchers say that they can bind to protein and act as enzymes. After having completed a number of tests, researchers hypothesized whether these molecules had existed in that of the early Earth days. Also with the ability to form DNA precursors.

I found this article to be interesting because I had never heard of XNAs before and what they entailed. I also wonder how it may or may not relate to that of both DNA and RNA given the close name relation.

Attached is a link to read more bout XNAs.

Posted by Narcisse Cortes-Lopez at 2:20 PM