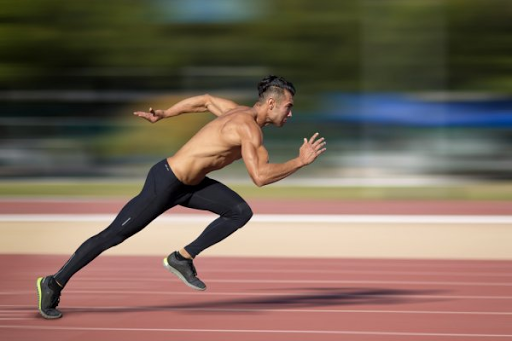 In the article, "Is athletic performance determined by genetics?" they discuss the complexity behind athletic performance and the variables that influence this ability. While genetic and environmental factors can dictate one's athletic performance, the types of fibers present in the muscle also play a major role. It's important to distinguish between slow-twitch and fast-twitch muscle fibers. Fast-twitch fibers are useful in more quick-burst activities like sprinting, while slow-twitch fibers can be useful in long-distance running. Athleticism also includes other important traits like aerobic capacity, muscle mass, height, flexibility, and coordination.

The study focused on athletic performance within families (and twins) shows genetic factors are responsible for 30% to 80% of differences in athletic performance. The genes studied that influence fiber type is ACTN3 and ACE, which directly link to strength/endurance. Other studies have also examined variations across entire genomes of professional athletes to understand where athleticism is expressed. This method is known as genome-wide association studies. While hundreds of genes were identified it's still unclear the determining factor for athletic performance, and instead could be the result of various smaller contributions.