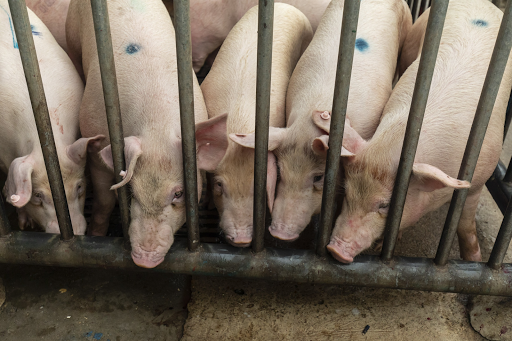 In an article by Bloomberg titled "China Wants to Improve Genetics of Its Pigs So They're Fatter and Eat Less", it is outlined that the agriculture ministry’s National Livestock and Poultry Genetic Resources Committee plans to use the National Pig Genetic Improvement program in an attempt to breed livestock which produce more meat, but require less grain feed (calories) to meet higher levels of body mass. The drive to produce genetically superior livestock is hugely apparent in China, with large numbers of their livestock being imported from foreign countries such as Denmark. Success in this regard would allow China to better feed its increasingly affluent population, as well as reduce pressure on land used in agriculture.

Posted by Steve Neustadter-Schneider at 2:45 PM