A Molecular Switch of Ants 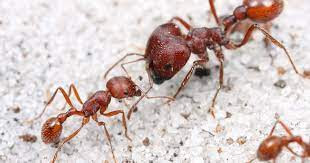 Worker ants grow into one of two roles, either a forager or a defender. new research has shown that a protein acts like a switch and can reprogram a forager into a defender and vice versa.  Major (defenders) and minor (foragers) ants have almost identical DNA,  except for a protein called CoREST that affects  different job-like behaviors.

A new study was performed by injecting a chemical called trichostatin A that could reprogram the workers for up to five days into the ant's adult stage. However, an injection later than five days would be too late to reprogram the ant's behavior. CoREST has been found in many animals, but this was the first time it was found to alter behavior.