Lobsters are remarkable creatures, both in taste, and in the fact that they cannot die to old age; lobsters are biologically immortal. In order to understand why the lobster is biologically immortal, it would be important to first understand what biological immortality means. Biological immortality is not the same as regular immortality; the organism can still die. Biological immortality simply means that the organism will not die due to old age, and this can be through several different processes. The main process I will be focusing on in this post is with regards to telomeres through the lens of lobsters. The lobster’s biological immortality is due to their ability to produce telomerase in each cell type, so that DNA does not degrade due to their telomeres becoming too small/running out. Telomeres are small regions at the ends of DNA sequences, that act as a sort of buffer, so that none of the important DNA gets lost due to cell division. Little bits of the telomeres are lost each time a cell divides, and so the cell “ages” with each subsequent division. This “aging” of cells is true for most human cells, and they will eventually die because their telomere caps run out, which leads to the degradation of the vital DNA. Though this is the fate of most cells, there are certain cells that have telomerase, which lengthens the telomere caps. Since practically all cell types in lobsters have telomerase, there is essentially no cell “aging” due to division, making it impossible for them to die of old age. What particularly interests me about this topic is the commercial viability of telomerase treatments in humans. What if we were able to stop the biological clocks, and live longer lives? This, of course, brings with it two very important draw backs. First, is this ethical? Should humans “play God” when it comes to our biology? Another question is if people are living longer, how are we going to feed a population that would grow rather rapidly due to there being less deaths? 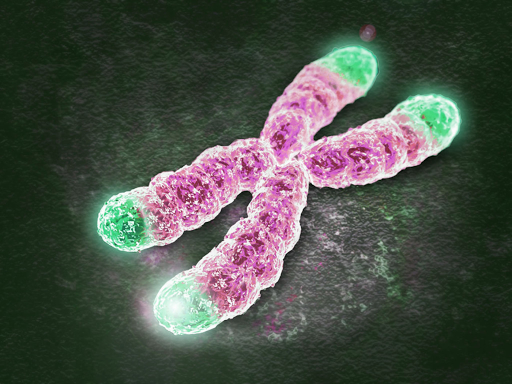