Will Wheat and Barley Feed the Growing Population? 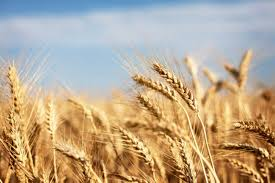 In this Science Daily article by Robyn Mills, the topic of genetically modifying crops like wheat and barley is discussed. With an exponentially growing population and the fact that wheat and barley are major crops around the world, their production has to increase tremendously to keep up with its quickly growing demand. Both crops have large and complex genomes, which has made it difficult when trying to efficiently modify these plants. Recent research though has been promising and may be the key to producing larger yields.
Research led by Professor Curtis Pozniak from the University of Saskatchewan has unlocked more varieties in wheat and barley, opening the doors to creating higher and higher yielding varieties of these staple crops. Not only could these scientists make varieties of wheat and barley that yield more, they could also create varieties of wheat and barley that are resistent to drought, disease, salinity, and heat. This understanding of the genomes of these seemingly-plain cereals will help wheat and barely breeders meet higher demands for food as the population grows exponentially each year. The next generation of researchers and farmers now have the tools to feed an ever-growing populace.