To start, what is a cavendish banana? A cavendish banana is the banana that is sold in supermarkets, portrayed in movies and children’s books; the standard banana that people think of. But what is interesting about these bananas is that they are not found in nature. This is because cavendish bananas have been selectively bred by humans for a long time, to maximize their white flesh and minimize the size and amount of seeds. The picture below shows a cavendish banana (on the left), next to what is believed to be what humans derived modern bananas from (on the right). This means that cavendish bananas are a genetically modified organism. Generally, when people think of genetically modified organisms, or GMOs for short, a negative image is created, where they think some evil scientist is injecting chemicals into different plants, and that these chemicals are poisonous. The reality is humans have been genetically modifying plants since the dawn of agriculture, and that most GMOs are harmless. Humans have been selectively breeding plants to get the most out of the food that was eaten, meaning that those foods were genetically modified.

Cavendish bananas being GMOs is not even the most interesting part of their genetic story. That would come from the fact that the seeds are practically non-functioning. If I were to plant banana seeds from a cavendish banana, no banana plant would result. To get more bananas, the cavendish banana plant has to be cloned. This means that all the bananas that are consumed are nearly genetically identical to one another. I find this very interesting, the fact that all of the bananas that I have ever eaten had pretty much the exact same genetic makeup. This leads to an aspect that concerns me, which is that since all of these banana plants have the same genetic makeup, there is practically no diversity in the banana plants. This means that it would take only one disease that specializes in killing banana plants to essentially wipe them all out. 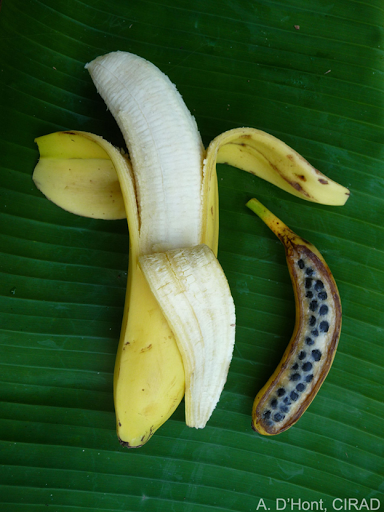