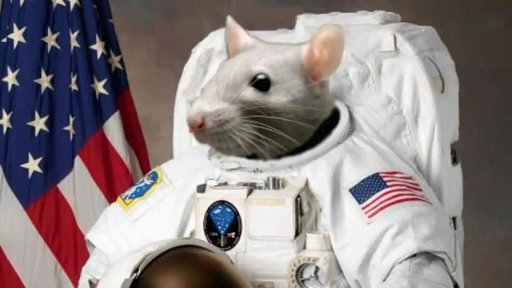 Scientists may have found a better solution than exercise to fend off muscle atrophy in space. A new medicine may keep astronauts from suffering from muscle loss according to Molecular Medicine Keeps Mice Mighty in Microgravity, by Amber Dance. By eliminating myostatin, a protein that normally blocks muscle growth, from 40 mice and then sending them to space, geneticist Se-Jin Lee tested how the newly muscular mice reacted to 33 days up in microgravity. Lee observed that while normal mice lost muscle mass, the muscular mice, stayed buff. This not only bodes well for astronauts with dreams of Mars, but for normal people who suffer from muscle loss, like the elderly, people with diseases like cancer or chronic obstructive pulmonary disease, or people with injuries that caused them to lose muscle mass.

While removing myostatin from people’s genes would be impractical and expensive, that’s not the only solution Lee and his team have in mind. In normal bodies, myostatin shuts off muscle growth by attaching to a receptor on the surface of muscle cells. Lee set up a decoy of this receptor and had the astronauts inject it into the mice’s bloodstream. The decoy receptor caught the myostatin molecules and allowed the mice to get bulky. The decoy also captures another protein, called activin A, which also prevents muscle growth, as well as preventing the growth of bone. The results are extremely optimistic, suggesting that a drug to protect from muscle and bone loss, both for astronauts and your average civilian, may be possible in the near future. It will be interesting to see how well this will translate over to humans and if it really will be beneficial.