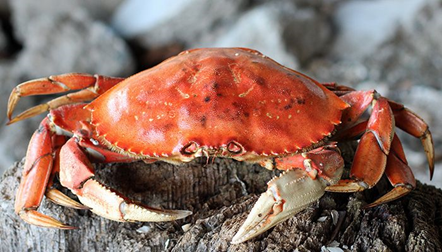 Though this title is mostly meant as a joke, what is not a joke is how many different times arthropods have evolved to have a crablike shape. A “true” crab can be defined as belonging to the infraorder Brachyura, which is also their scientific name. An interesting phenomenon called carcinization has been observed, where non-Brachyuran arthropods have evolved with similar environmental pressures as “true” crabs and are phenotypically similar to “true” crab. This is an example of convergent evolution, which is when unrelated organisms evolve and end up having similar morphologies, physiologies, and/or other characteristics. Convergent evolution typically occurs when animals in similar environments try to adapt and fit a particular niche. As it turns out, scavengers with this crab physique are very well suited to many different environments on the ocean floor. This physique is not only good for gathering food, but it is also good for defending themselves from predators and/or other scavengers. I think that it’s interesting and honestly funny that the crab-shape is what arthropods tend to in marine environments. My interest comes from the number of different arthropods that given specific conditions, produce very similar morphologies. The humor comes from the people who are now just “discovering” this idea and making hilarious posts such as the one below. 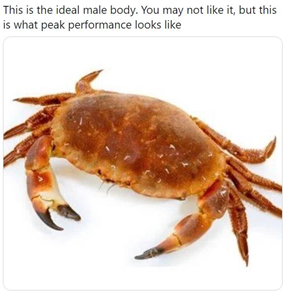