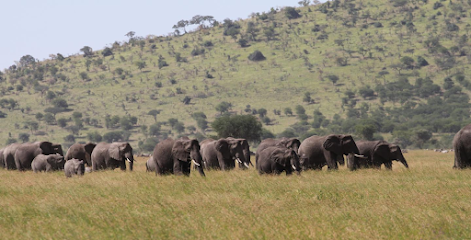 A large scale study was done in Tanzania  which show the history of elephant populations and how they interact as well as what areas may be critical to conserve in order to preserve genetic diversity. Their population have declined due to habitat loss and poaching as well as other human activities. Maintaining  connection between protected areas is important to induce gene flow which can improve their genetic diversity which will help smaller populations against diseases and other treats. Researchers have compared nuclear and mitochondrial DNA of 688 elephants in 4 major areas. These areas contain varying levels of of protection which include national parks, game reserves, and private lands conserved for wildlife tourism and livestock. As well as wildlife corridors which are the areas between these protected areas The researchers found that elephants in Lake Manyara National park  were some how similar to those in Serengeti region. Even though no physical barriers between elephants there's very limited gene flow between the two populations. They have also found that it could be from cultural or behavioral roles, they have also tracked elephants moving between the areas, however they were not mating with each other. However because of the tourism within these protect areas The Lake Manyara is now completely isolated and now only include a 100 individuals. This brings in the loss of gene flow through these areas which lead to a negative effect due to inbreeding. The way elephants create gene flow is by the males when old enough are ejected from their herd and have to  find another.

Posted by Nicolas Rivera at 8:27 PM