Can Your Genes Make You a Murderer?

In 2006 there was a case of a murder in the mountains of Tennessee. A brutal murder of a wife and her close friend committed by her husband. His defense attorney argued at the court case that his actions were to be blamed in part on "his genes and his background of child abuse. Together these things gave him the potential to be a violent adult. He even showed numerous studies proving this argument to be true. He noted however that other studies have found no connection between MAO-A gene and violence, but told the jury that he still believed it was a dangerous mix. He also claimed that his client suffered from intermittent explosive disorder. This means that he simply just blew up and acted in the heat of the moment. The prosecutor argued that this was all smoke and mirrors and it was used to try and confuse the jury. He said that "it had nothing to do with his genetic makeup." The jury however did believe the defense attorney and agreed that his genes and his childhood background, along with the mental disorder, had caused him to erupt that night. If I were on that jury I think that I would have agreed with this as well. 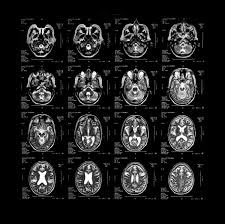 Posted by Mikaela Szamreta at 9:34 AM