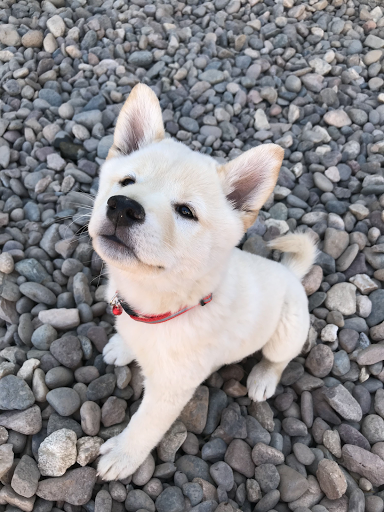 It is common sense nowadays that the pets that we know and love, our domesticated dogs, descended from wild wolves. But when and how? Research shows that between 15,000 - 40,000 years ago, gray wolves and domesticated dogs descended from an extinct wolf species. Scientists used studies of mitochondrial DNA and DNA across different genomes to distinguish a time range. The DNA sequenced from the different genomes like the similarities in wolves and domesticated dogs back to Asia. It was discovered that dogs from southeast Asia have the highest genetic diversity and are genetically closest to the wolf. There are two popular theories as to how wolves became domesticated dogs that I found interesting. One theory is that wolf pups were stolen from their mothers and raised by humans as pets and gradually became domesticated. The other theory is that wolf pups interacted with human hunters and were separated by survival of the friendliest.

Posted by Brianna Velardi at 11:24 PM