Eating Disorders Could Be Genetic 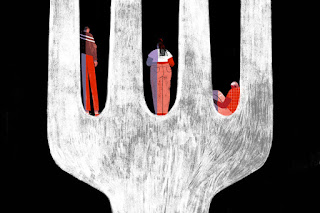 For a while, eating disorders were looked upon as something people chose to do because they were sick in the brain. Recent studies have shown that eating disorders are far from being a choice. A new study, conducted by the Eating Disorder Genetic Initiative (EDGI), is being held at the University of North Carolina and they are looking at hundreds of genes that could be responsible for a person's likelihood of developing one of the three prominent eating disorders: anorexia, bulimia, and binge-eating disorder. They are also building upon a previous research study on anorexia that discovered 8 different areas in the genome that were responsible for the person developing anorexia. Since the start of the pandemic, eating disorder cases have increased and that could be because isolation prevents people from getting the social and emotional support/interaction that they need, and it gets rid of the daily structure people are used to. These things lead to people feeling more anxiety and eventually showing signs of eating disorders. EDGI is going to get around 100,000 participants from the US and the Netherlands for their study so they can have a larger pool of volunteers than the previous study. I think this study will really help alleviate some of the eating disorder cases because it brings awareness to the fact that this is not something that people choose to do, it is something that is genetic. Also learning about the biology of how eating disorders arise will help scientists find a cure for preventing or treating them.