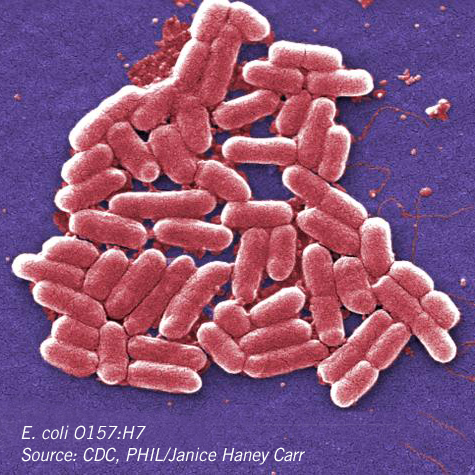 Though most forms of E.coli are harmless..as humans, when we think of the term "E.coli", it may send a shiver down one's spine. Well, how would you feel if you found out that a harmless strain of E.coli can be mutated to become pathogenic? Pretty freaky, right? That's exactly what Professor Chikara Kaito and his team of scientists from Okayama University, Japan found out. Kaito and his team used experimental evolution to to help identify molecular mechanisms. These mechanisms help cells to develop the ability to gain useful traits.
For now, we're on the safe side. The experiment was tested on silkworms, and although it caused the worms damage, the virulence ability of the E.coli strain is yet to be tested on large mammals, such as humans.
Hopefully in the future, we can use these tactics to avoid the E.coli strain from further mutating. These experiments could help underdeveloped countries that may no have the resources to fight against infections, thus giving them an opportunity to figure out how to make the best of what they may have.
Article: https://www.sciencedaily.com/releases/2020/06/200625102517.htm
Related article: https://blog.addgene.org/plasmids-101-common-lab-e-coli-strains
Posted by Irsa Khan at 11:15 AM