Schizophrenia: Genes related to circadian rhythms may be disrupted 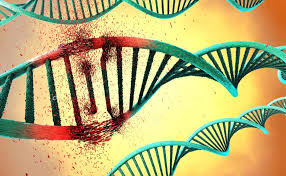 New research examines the brains of people with schizophrenia and finds disrupted patterns of expression in genes linked with sleep-wake cycles. Prof. McClung and the team obtained postmortem gene expression data from 150 people, 46 of whom had lived with schizophrenia. The people had been younger than 65 years old when they died, and the researchers had access to the times of death. Specifically, the researchers looked at gene expression in the dorsolateral prefrontal cortex, a brain area involved in cognition and memory. In their present study, Prof. McClung and the team examined the rhythms by which some genes switched on and off in the brains of people with schizophrenia and compared these rhythms with those in the brains of people who did not have the condition. Some of these disruptions affected the functioning of mitochondria. When Seney and McClung compared gene expression in brains from people who died during the day, the control and schizophrenia subjects were not different, but in those who died at night, there were major differences, since genes that had gained a rhythm had hit their low point during the night.