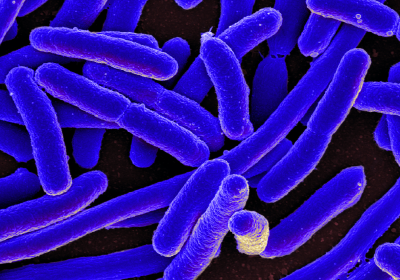 A common practice in today’s world is synthesizing bacteria to produce compounds for medicine, energy, and more. One of the most common examples is synthetic Escherichia Coli that has been modified to produce insulin. This method has proven to be highly effective, however there can still be improvements. One such improvement involves the fact that E. Coli is a heterotrophic bacterium, that is, they must eat sugars in order to survive. This can become costly to maintain. One solution to this, is using autotrophic bacteria. Which survive off water and carbon dioxide, through photosynthesis. However, these bacteria have proven difficult to engineer.

So, Ron Milo, a synthetic biologist at the Weizmann Institute of Science in Rehovot, Israel, thought of a fascinating solution. We already have E. Coli that produce desired compounds. So why not make E. Coli an autotrophic bacterium? This is exactly what So, Ron Milo and his team have sought out to do. Instead of making E. Coli a true autotroph, enabling it to undergo photosynthesis. The team inserted a gene into E. Coli’s genome which enables it to eat formate, a simple carbon-containing compound. Which is then converted into ATP, providing energy for the E. Coli. This alone did not provide the desired results. Several other genes which encoded for metabolism enzymes were knocked out to prevent normal energy production.

Again, this was not all that had to be done. Through a starvation process over many generations, formate was increasingly introduced. While sugars were slowly reduced, until the bacteria could solely survive off formate. By combining selective breeding and genetic engineering, So, Ron Milo and colleagues created an E. Coli strain which survives off a carbon containing compound. Eliminating the need to “feed” the bacteria sugars. As far as genetic engineering goes, I find this very interesting. This research has opened many doors to future possibilities for bacterium engineering. Possibly making resource production cheaper. We all like cheaper fuels and medicine!