Dead Cas9: How a blunt knife makes for a precision cut.

Stanley Qi, 36, and biotechnologist at Stanford University found out how to turn a gene on or off or move it up or down. Once the new and upcoming technology known as CRISPR/Cas9 has now been revised. Surprisingly, Qi did not add anything to the existing technology instead he disables the DNA cutting enzyme called Cas9. He essentially blunts the cutting tool. As counterintuitive as this sounds he used that enzyme as a piggyback ride for other tools to either disable/enable genes or move them to a new location. Before CRISPR/dCas9, it was only possible to alter bases within a genomic sequence. Now CRISPR/dCas9 has been used over 6,500 times. Evidence of a successful attempt to disable a gene is shown in the picture below. 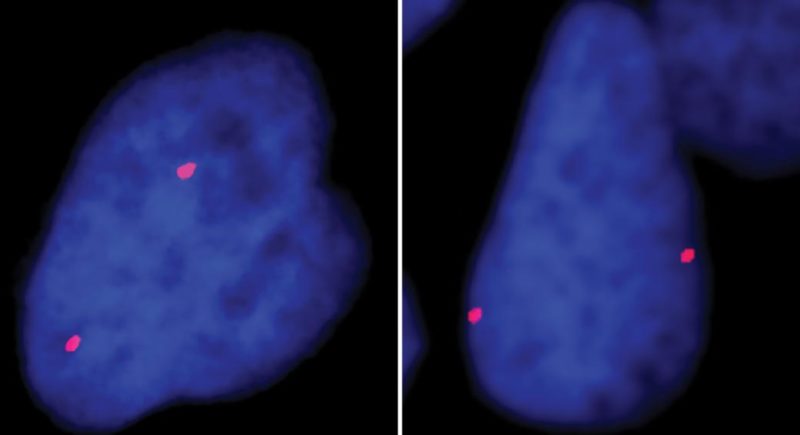 With a tool called CRISPR-GO, researchers moved a gene (bright spots) from inside the nucleus (left) to its edge (right) – which generally has the effect of shutting the gene off.H. Wang et al

CRISPR was introduced in 2012 and in its simplicity has been the foundation of great achievements. A short 7 years later we now have the tools to mark several more milestones in history. This is a huge step towards many cures of cancers and fighting disease in general. It seems as though geneticists now have the tools to infinitely edit a genome. While this technology is fascinating one must also consider the moral scruples of obtaining and using such technologies. Laws must now be made to regulate the uses and abuses of CRISPR/dCas9 on a global level.