There are only two species of fish with dark melanin spots on their skin. Both of these species are manta rays. Some manta rays exhibit dark spots on their otherwise completely white underbellies. These dark blotches are caught the eye of researches for that reason. They figured that there must be a reason that melanin is so rare in the ocean and there must be a reason that rays express it. 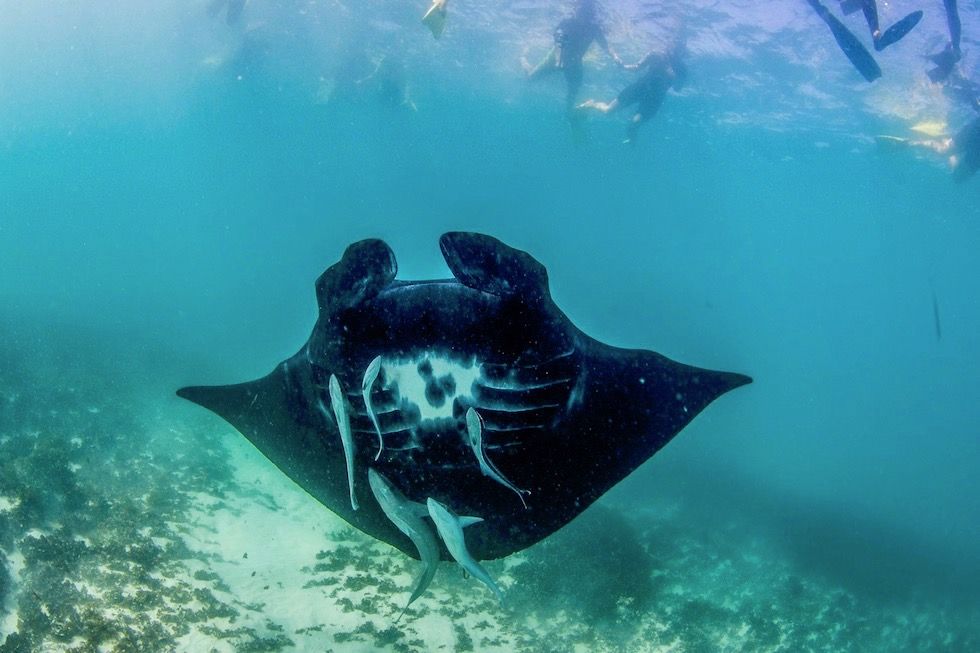 Manta rays have very few known predators. One theory that offers an explanation as to why is that their white underbellies makes them difficult to see against the sky. In that case, the dark spots should be selected against. After following a population of melanistic rays, the researches determined that the dark spots do not affect fitness.

It is also possible that the gene causing this mutation is closely linked with another gene which is improving fitness. Perhaps there is an advantage within the manta rays that we cannot see which has the side effect of these dark splotches. However, as mentioned earlier, initial research shows that these spots do not appear to affect fitness.

Their new hypothesis is that the mutation may be a product of genetic drift. Not all populations of rays have this trait. Some have up to 40% while others have nearly none. It is believed that this neutral trait appeared as a mutation in a population and increased in frequency through random chance. The members of this population mated with other populations, spreading the gene further. If that is the case, this gene can be used to traced back through several generations and better understand migration habits of manta rays. Rays are currently a vulnerable species. Being able to predict where they will go may help the conservation effort. I hope that they find success in the conservation endeavor because mantra rays are an awesome animal that I want to see more of in the future.