A fungus, known as Ophiocoryceps, will thrive inside of ants when they come in contact with one another. As the fungus grows, it causes the ant to leave their colony, and climb up a tree where it will hangout on the leaves and die. The fungus then starts living up in the tree after growing out of the ant. This fungus also infected beetles, however, they did not react how the ants do (as in leaving their colonies). Researchers will be furthering research on the genes the different species of Ophiocoryceps have that make ants behave this way. They hypothesis that this will not be a simple gene that causes these ants to behave this way, and that it is going to involve multiple sets of genes from the fungus that changes and forces ants to do things out of the ordinary. 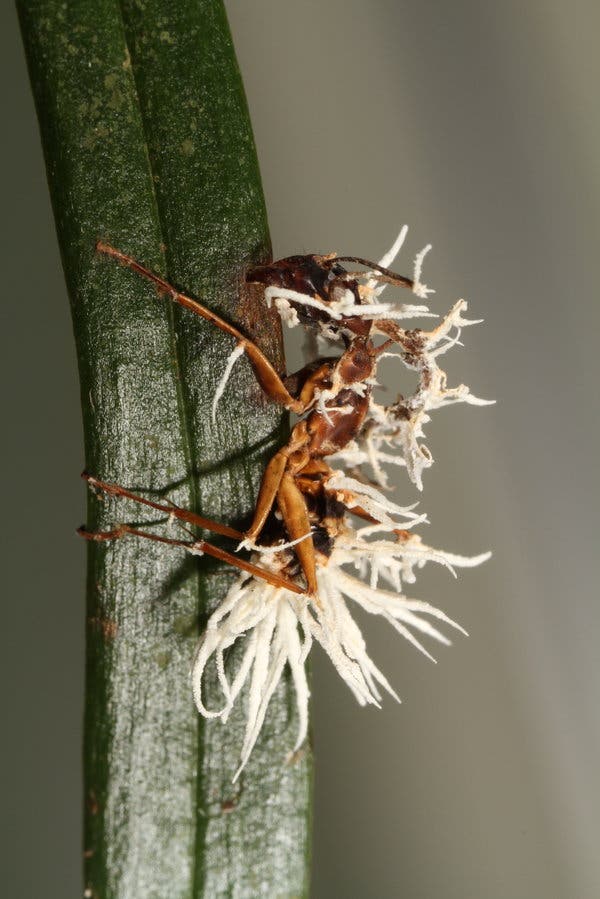 I think it's pretty cool that these fungi can alter how ants behave. It's also even weirder that they didn't affect the beetles as in changing how they act. The information that can be found from this study could be revolutionary, as we could find out genetic information on how a species is able to completely alter another species mindset and innate actions.