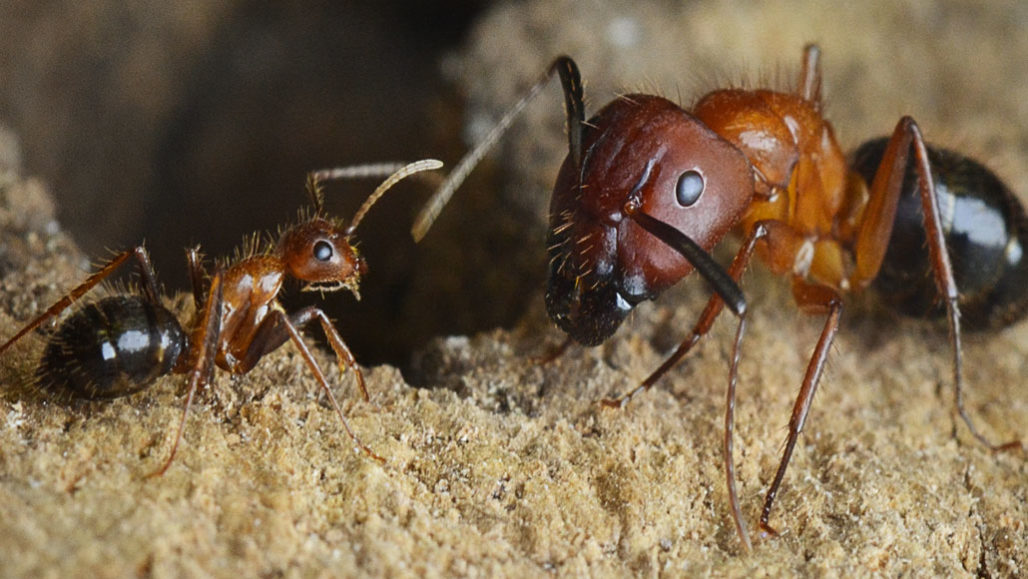 Florida Carpenter Ants have one of two roles. They either are tackle defense or forage the colony. The ants career is given to them based on its environment early on in life. Responsible for this outcome of career is a protein called CoRest. This protein acts as a molecular switch, and after studies it was discovered by toggling it they can be reprogrammed to do the job of the forager ants. The forager ants are nursery-tending workers, and their DNA is nearly identical. By observing their DNA they looked for epigenetic influences, chemical tags, and associated proteins that could manipulate the way the genes are read. This is the first epigenetic mechanism found that can regulate the behavior in the brain of ants. A study was done to prove if the ants could be reprogrammed to do the other role. Biologists injected trichostatin A into the brains of worker ants five to ten days after the ants are out of their pupal stage and considered adults. The injections could reprogram the ants roles, but only if injected up to five days after their adult stage. If the injection was given later the roles were already given, and too late to change. After analyzing the injections it was found that the tackle defense ants were producing more CoRest which suppresses the enzymes that break down a juvenile hormone responsible for being forager ant. The tackle defense ants lack the suppression causing this enzyme to be prominent making the ants tackle defense. CoRest is a protein found in a wide range of animals, and it is known for being linked to neurological development, but this is the first time it has shown to influence behavior. The next studies to be done are to see if CoRest levels affect ant behavior.

Posted by Elizabeth Puglia at 9:59 PM