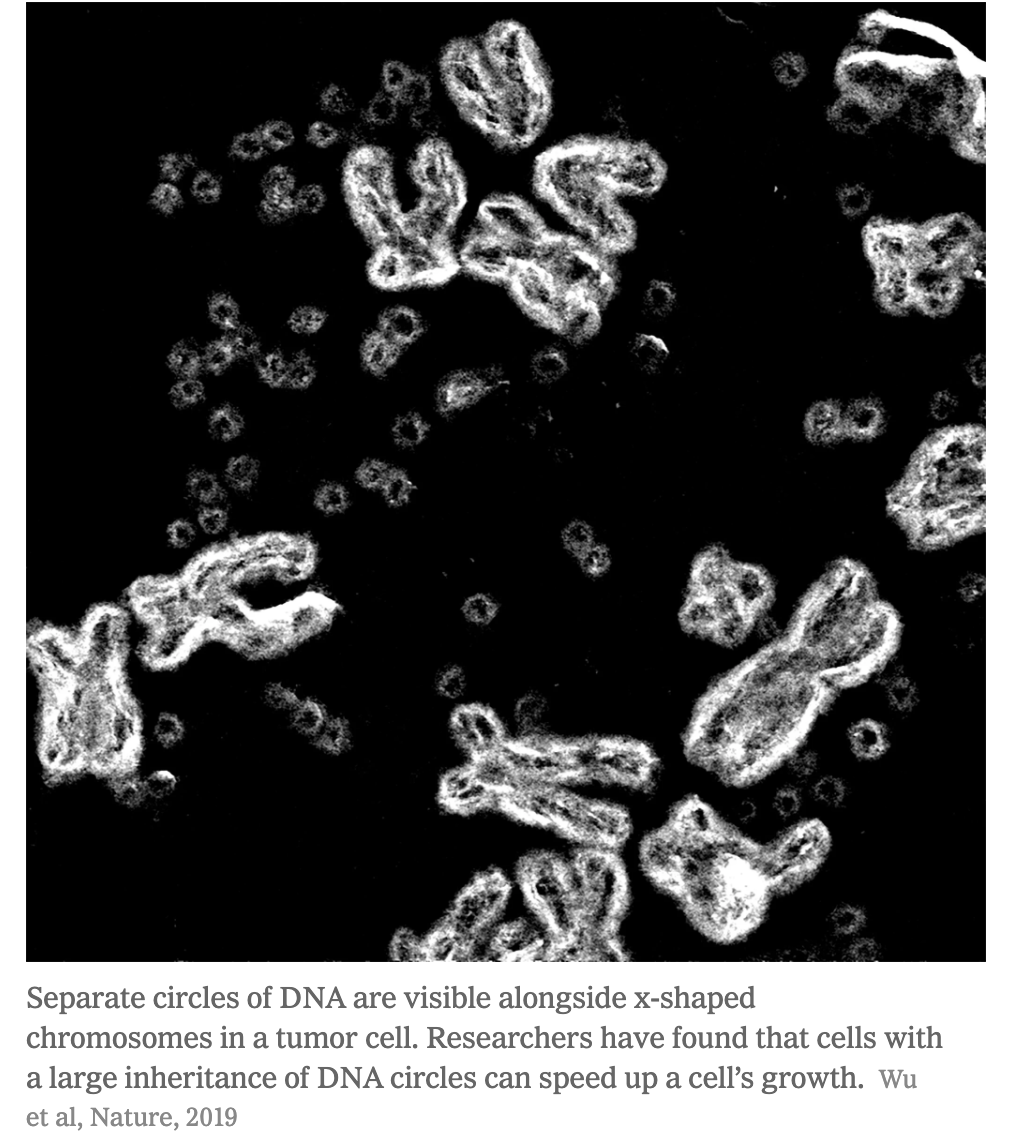 For many years scientists have tried to discover different ways to attack cancer and now a new discovery in DNA may lead scientists to the right direction or at least help understand how to attack them. Researchers are taking an extra close look in the loops that are in DNA. These loops are have been seen in cancer cells and play an important role in them. Since 1960 these circles had been recognized, in these circles there were clumps of DNA that were seen to be unimportant because the tools that were needed to thoroughly examine them were not available. Later on scientists were able to create techniques to examine DNA in the circles.
Dr.Chang, Dr. Mischel and their colleagues discovered that the DNA on the circles are much more active than DNA on chromosomes, they were at least three times more active. The cells with the DNA circles also divide differently than healthy cells. The split of the DNA circles are not equal, the amount of circles that end up in each new cell is completely random. One cell may inherit all of the circles while the other cell does not inherit any of them. It was discovered by Dr.Mischel and other researchers that the cells that inherited more circles increased the speed of a cell’s growth. Cancer can grow at a rapid rate because of this. Researchers believe if they find a way to eliminate these circles then it is a way to attack cancer.
Studies have also shown that these DNA circles have also been found in healthy cells but there was a difference found between cancer cells and healthy cells. The circles in healthy cells are much smaller and only containing 25,000 base pairs while cancer cells have larger circles with a million base pairs. It is believed that the size of the loops is what determined the threat of cancer. A bigger loop had a higher risk of cancer because it could house a cell that could grow faster.
This article was very interesting because it showed how the DNA in the circles were much more active than DNA in chromosomes. I thought it was good that researchers were now able to thoroughly examine the DNA in the circles because now they were a step closer in finding ways to attack cancer cells. This article gives hope that we are on the right track on discovering ways to cure cancer.
Links:
Scientists are Just Beginning to Understand Mysterious DNA Circles Common in Cancer Cells
https://www.nytimes.com/2019/11/20/science/dna-genetics-cancer.html