The discovery of red-coated coyotes has started to raise the question on whether scientists should start conserving DNA and species. These new coyotes were spotted on Galveston Island, Texas. Their DNA tells biologists that they are descendants of red wolves.  Red wolves have thought to be extinct in the wild since 1980.  There are a few red wolves bred in captivity in North Carolina, but they had no contact with animals living in the wild.   This discovery led biologist Galveston to question if red wolves are really extincted.  Galveston obtained tissue samples of the coyotes and, sent them to an evolutionary geneticist, to have their DNA examined.  They found that the DNA was that of coyotes and red wolf.  Since red wolves are extincted in the wild their DNA was called "ghost alles".  Researchers decided to keep and preserve the DNA in hopes, that some part of the red wolf can live and continue  to live in the wild. 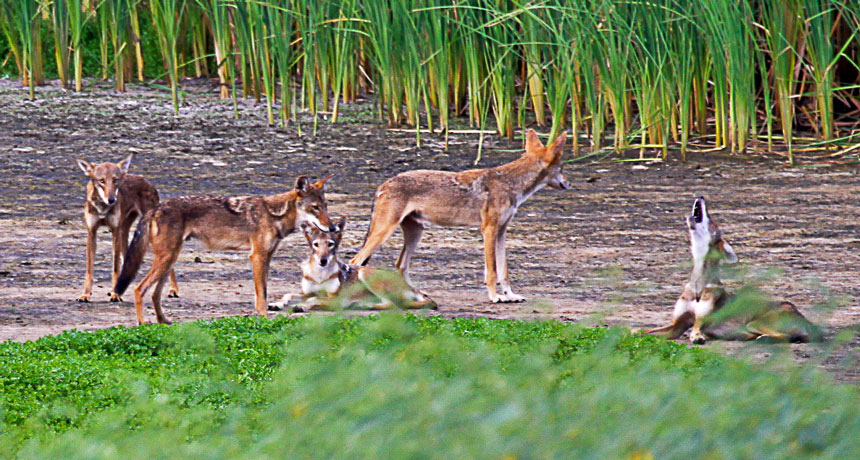 https://www.smithsonianmag.com/smart-news/wild-canines-carry-dna-red-wolf-long-believed-extinct-180971252/
Posted by Brittany errickson at 10:21 AM