Cystic fibrosis (CF) is a genetic disease located on chromosome 7 that affects the exocrine glands in the body. It causes abnormally thick mucus, leading to the blockage of the pancreatic ducts, intestines, and bronchi which often results in respiratory infection and progressive worsening of lung function. Life expectancy for this disease is currently 47 years. 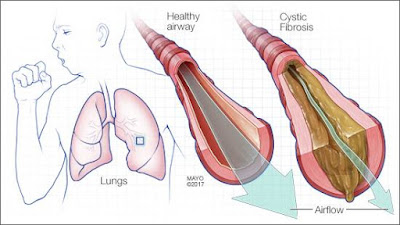 Three years ago, a new medicine called Orkambi was discovered in Argentina that was designed to reverse one of the genetic flaws that make CF as damaging as it is. The studies of this drug have had mixed results, but one of the more optimistic results said that it has nearly halved the disease progression of CF. While this drug has the potential to help many people affected by CF, it is not accessible to all. The official price of the drug is around $100,000 a year, and at this price England, along with other countries, has determined that the price is not worth the effectiveness of the drug. Families will not take no for an answer, “She’s our child, nothing else matters – I’d lose my house before I take her off the treatment,” says Nina White from Kent, mother of seven-year-old child with CF.

With the hope of a treatment families have turned to private companies and are spending $8,000 a month for the treatment. “We’re going month-to-month, everyone’s digging in. It’s completely unsustainable,” says White. Even though the price is unsustainable, White has noted remarkable improvement in her daughters condition and will do whatever she needs to to keep her daughter on the treatment. Since Orkambi is not patented, another company in Argentina has began producing a similar drug for only $23,000, a significant reduction in price that may make the drug accessible to more families. 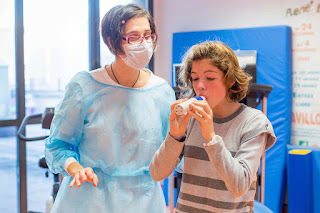 I believe that this advancement has the potential to help thousands of people affected by the genetic disorder cystic fibrosis. I want to be glad that another company found a way to produce the drug for cheaper, but people can not forget about the 20 years and billions of dollars that the original company poured into research to discover the drug. I hope there is a future where this drug will become accessible for every patient diagnosed with CF to increase life span and quality of life.
Posted by Joelle Tucker at 6:00 AM