One of the most desirable traits to possess as a living organism is intelligence. It can easily make all the difference in an organism’s survival. Not only does this feature have its immediate benefits, but it can also lead to other adaptations as well. As intelligent organisms interact with their environment they learn how to better deal with their conditions and may think of something to improve their quality of life. Higher intelligence is a trait shared by few organisms on earth, as many factors play into the formation of an intelligent being. But what if we could alter something’s genome to increase their intelligence artificially? 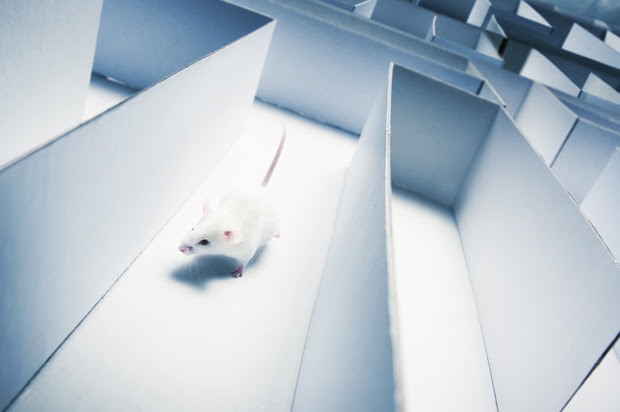 A study published in 1999 explores that exact question. The researchers edited the genes of mice, specifically the NMDA (N-methyl-D-aspartate) receptor and the NR2B gene. The NMDA receptor increased synaptic “strength” which lead to better learning and memory. They also found that the NR2B gene affects memory plasticity and formation. The net affect of these genes being expressed to a higher degree was an increase in learning rate and better long term and short-term memory. The researchers believe that this model demonstrates that any mammal could have its intelligence enhanced. Perhaps this is one of the next stages in human evolution. As technology leaves us with little to figure out for ourselves, maybe one day this sort of enhancement will be critically important.
Posted by Steve at 12:39 PM