A Company called Novartis and AveXis’ gene therapy for spinal muscular atrophy (SMA) is progressing toward approval as second patient death was reported. Novartis announced interim data from its Phase III STR1VE clinical trial of Zolgensma  in SMA Type 1. SMA is a sever neuromuscular disease caused by a mutation in the SMN1 gene, which codes for SM, a protein necessary for motor neuron function. The disease is noted by the loss of motor neurons, which leads to progressive muscle weakness and paralysis. It is rare, occurring in about one in 10,000 live births. Type 1 is lethal and typically results in death by the age of 2 years old.

Zolgensma is a gene therapy in development as a one-time infusion for SMA Type 1. It uses a virus vector to deliver a copy of the human SMN gene. The gene therapy has encouraging results in improving motor function and skills, such as the ability to sit up.

One patient dies from respiratory failure, and an investigation found it was unrelated to the gene therapy. Subsequent, the companies reported that there was another death in a different trial, this in 6-month-old patient with Type 1 SMA in Europe. An autopsy has been performed and the results are pending. 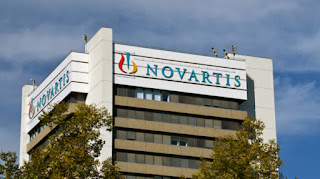