slimy mucus 70 percent of currently used anti-infectives were dervived from naturally occuring chemicals .For example amoxicillin is one of the most commonly prescribed antibioics which comes from a chemical that is isolated from Penicillium mold. Many new efforts to identify new anti-infectives have foused on soil microbes. Microbes are all around us and they are very important to us. Microbes play both positive and negative ways like supporting our digestion and reducing pathogenic infections, but they also contributing to some type of diseases.Over 30,000 fish species have been identified to support microbes that may help resist infections. If the slimy mucus thats coats fish acts like a protective coating and protects them from bacteria,fungi and viruses and acts as a physical barrier. hopefully researches find a way to use this slimy coating. heconversation.com/microbes-that-live-in-fishes-slimy-mucus-coating-could-lead-chemists-to-new-antibiotic-drugs-114278 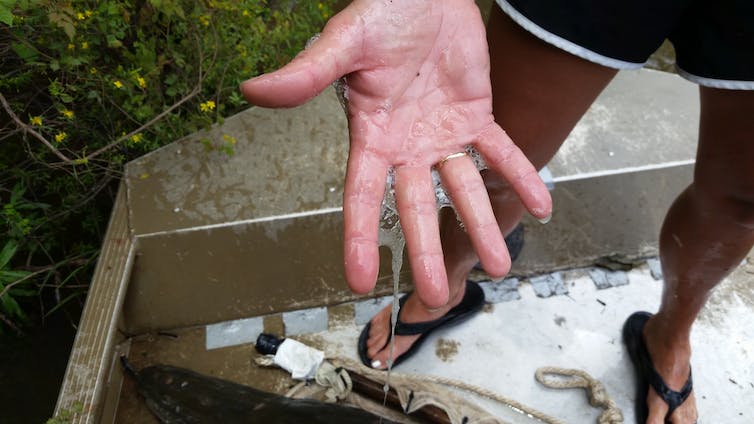