How the Cheetah got its speed?

An article in NYT illustrates the findings of cheetah's genome analysis, providing genetic explanation to the question how the cheetah's run so fast? It is not a secret that cheetah is the world's fastest animal on land , sprinting across at speed of more than 62 mph (100 km/h). Scientists have sequenced the genome of a cheetah named Chewbaaka. The genomic analysis reveals eleven gene mutations over generations to give the cat its speed. Those mutations enhanced the energy-releasing regulation process, the stress response, as well as the muscle contraction processes of the cat. The research published in the magazine Genome Biology also revealed the findings indicating cheetah lacks genomic diversity, which leads to disadvantages related to producing healthy offspring and  fighting disease. In fact cheetah has less than five percent the genomic diversity of other cats, which explains their decreased number. 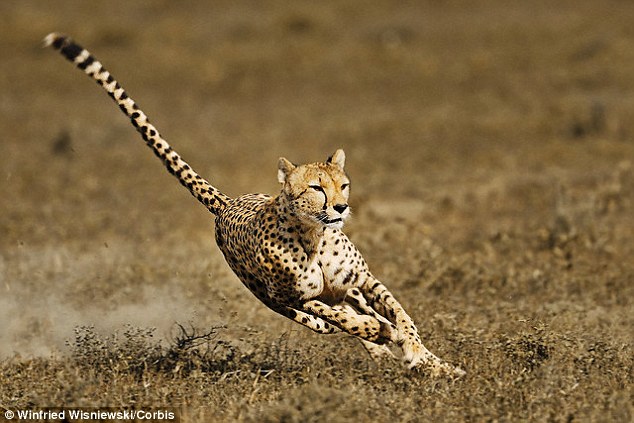 I am personally fascinated with wild cats and cheetahs are on top of my list. This article intrigued me not only because it is  about my favorite wild cats, but more likely because it gave genetic explanation to the question how are they so fast. I have always thought, that their speed is simply due to a combination of elongated legs, long tail, and  aerodynamic skull which is true, but I never knew it took eleven mutations to reach that speed ability.  ﻿