Expanding on the Iberian Peninsula

An article from the National Geographic website summarizes an article from the Journal Science.  The article adds to the "Steppe Hypothesis" which suggests a group of men near the Black and Caspian Seas, which is now modern day Russia, migrated to Asia and Europe around the same time. The new study now believes that they also migrated into Iberia.   It was calculated that roughly 60 percent of the total DNA of the region stayed the same, but by 2000bc, the Y chromosomes were almost completely replaced suggesting male migrants. 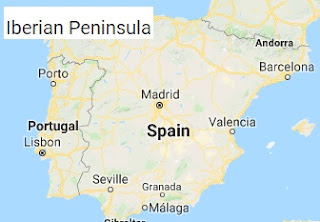 The study also suggests that they were on horseback wielding bronze which could have helped start the bronze age, but it is still uncertain.
Posted by corriganwg at 8:07 AM