Canine Genetics May Give Way to Discoveries in Obesity Genetics

Through a series of DNA tests carried out on the Labrador dog breed, it was found that some dogs carry a mutation in a gene called pro-opiomelanocortin, or POMC for short. This mutation has shown to be the leading cause in obesity among dogs, as it controls the impulse that dogs have for eating. There are dogs that have a strong impulse to eat, to where they would go to any lengths to obtain food, and there are also dogs that have a weaker impulse for eating, and are able to occupy themselves with other activities. It was found in that dogs with a mutation in the POMC gene have a higher chance in being obese than do dogs without the mutation. Scientists are trying to connect obesity in dogs due to mutation in the POMC gene to obesity in humans. It has also been shown in studies that a mutation in the POMC gene among humans has a partial effect on the obesity of humans. It is through these studies that it can easily be deduced that in some cases, obesity in humans as well as dogs may be attributed to genes rather than habits of the organism itself. 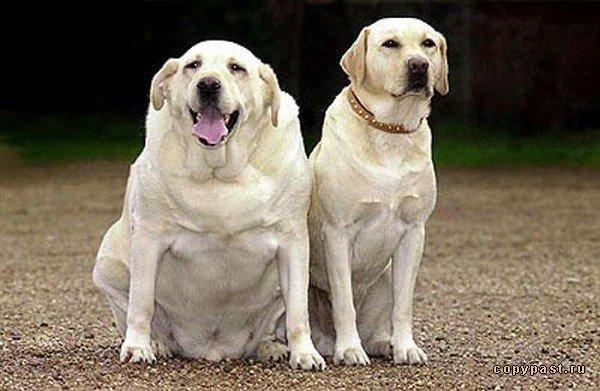 I find it fascinating that there are genes that either cause or facilitate obesity in dogs as well as humans. In terms of dogs, I had previously believed that some simply had bigger appetites than others, due to differences in body type or overall personality. It makes a lot more sense that owners have to keep their dogs on a strict diet so that their dogs do not become obese, because many dogs are unable to control their eating impulses. This also proves to be true in humans that have stronger eating impulses than others. There are many genes that can contribute to obesity in humans, and it is logical that even a mutation in just one of these genes can contribute to obesity in humans. Metabolism can be affected; the digestion of food can be affected; the appetite of the human can be affected. It is sad to think that there is such a stigma surrounding obesity, when most of the time, obesity is an uncontrollable health condition to the humans affected, much like a disorder of the skin or organs.

Posted by Minna Soriano at 6:38 PM