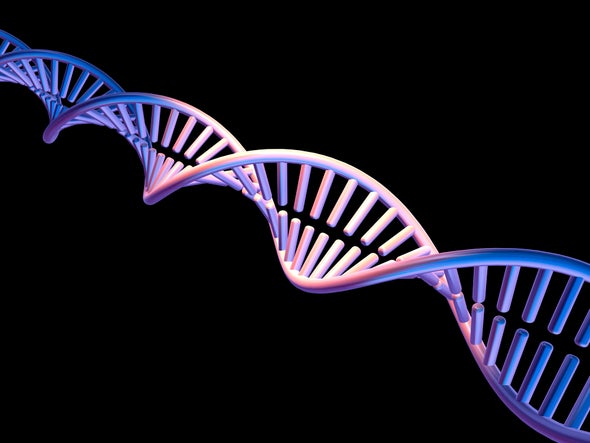 In an article from Scientific American, scientists have doubled the number of DNA bases into an eight-language that stores and transcribes information just as the natural four key bases- A, T, C and G. In a recent study, researchers revealed that the new synthetic bases can bind to each other and the double helices can hold its structure. The new synthetic pairs of bases are S and B, and P and Z. These new additional pairs share similar properties and sizes of the natural four bases but differs in terms of bonding patterns. The research demonstrated that the synthetic bases bound to their complementary partners and were able to keep up the structure of the double helices stable regardless of what orders the synthetic pairs were in. The letters of the synthetic DNA pair up as they form hydrogen bonds like the natural letters. In addition, the synthetic P and Z better binds to cancer cells than the natural four bases.

The synthetic DNA codes for a certain aptamer and can be transcribed to a RNA and can store information. According to the study, there has to be more research done before reaching a true eight-letter synthetic genetic system because it is still questionable if the synthetic DNA can be replicated by polymerases which is responsible for making DNA during cell division inside organisms.

I find this study very amusing because it demonstrated a huge breakthrough in genetics and created more diversity in the DNA bases. Using the new eight-letter language, scientists will be able to create more RNA from DNA sequences that can be used in medical diagnostics and genetic storage.
Posted by Farin Rahman at 9:50 PM