An article in the NY Times, Seeking Superpowers in the Axolotl Genome, discusses a regenerative amphibian, the Axolotl. Also known as the Mexican walking fish, this salamander has the capability of regrowing most of its body parts. While some animals are able to regenerate to some degree, these little guys are almost limitless. Jeremiah Smith, an associate professor from the University of Kentucky states, "as long as you don't cut off their heads, they can grow back a nearly perfect replica of just about any body part, including up to half of their brain". This is why researchers are working on improving maps of their DNA. These creatures can only be found in canals in the far south of Mexico City due to habitat degeneration and imported fishing. However, captive axolotl are thriving in laboratories. Unlike most amphibians, these salamanders reach sexual maturity and spend their lives as large tadpole babies. Their genome is about ten times the size of that of a human, however, a team of researchers have published in Genome Research the most complete assembly of DNA yet. Dr. Keinath and her colleagues mapped more than 100,000 pieces of DNA on chromosomes making this the largest genome to be assembled at this level. They used an approach referred to as linkage mapping, which relies on trend that DNA sequences that are physically close together on a chromosome tend to be inherited together. Using such technique, axolotls and their close relatives, tiger salamanders were crossed to track patterns of gene inheritance. The researchers were able to identify the axolotls' sequences of DNA and where they sat along the 14 chromosomes. This data is providing information for the process of human regenerative medicine. 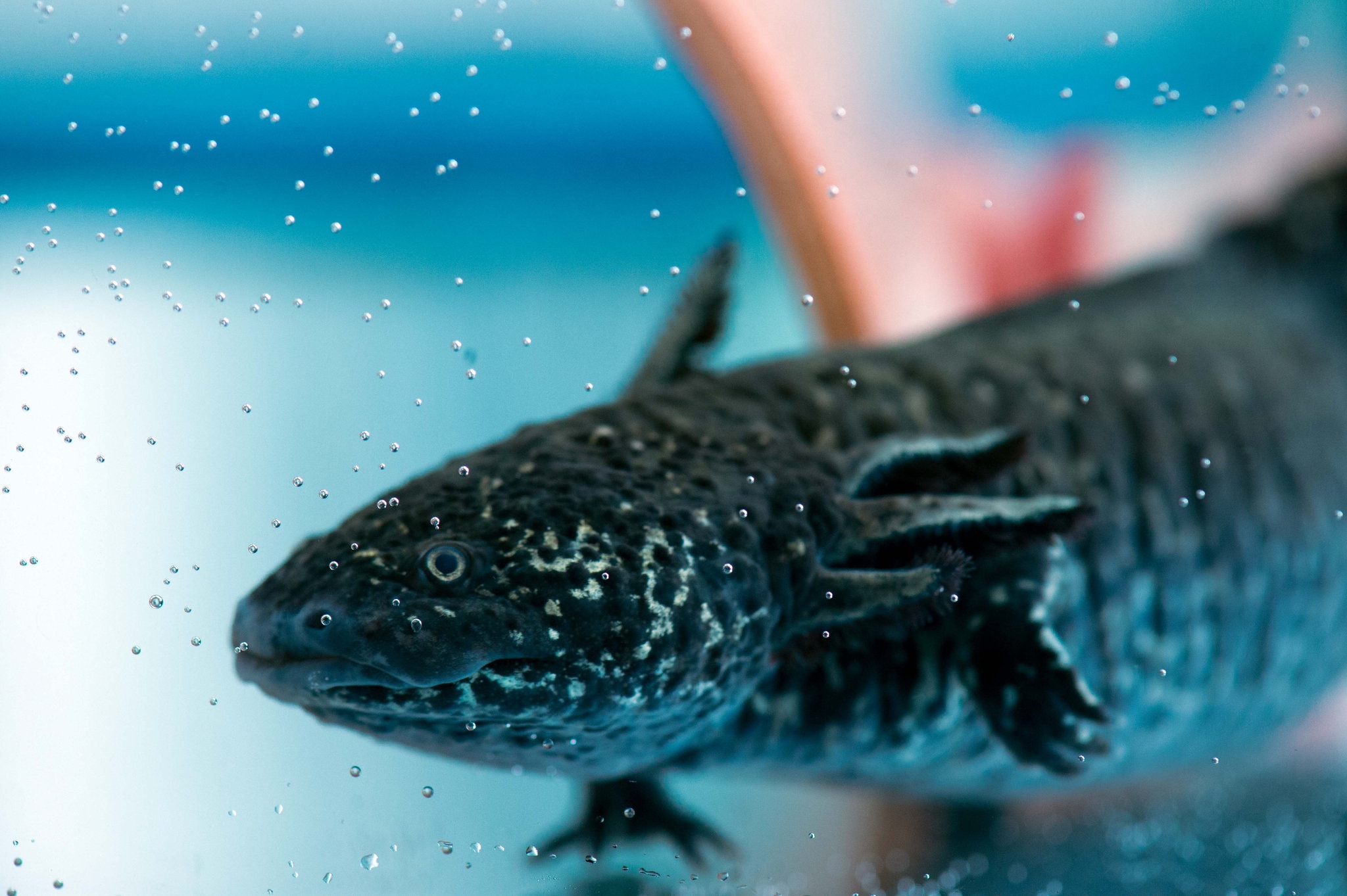 Regeneration of the body is a fascinating and useful capability. More research into this ability would be positive because it could eventually lead to regenerative human, or other species who lack this feature, medicine. If humans were able to regenerate body parts, it could have a detrimental impact. The ability to regenerate could cut back on health care costs because transplants may be lessened, it could prolong life or improve the quality of life.


Posted by laurelcassin at 1:58 PM