A Cardinal with a Split Personality

In the New York Times, there is an article discussing the sighting of a very rare phenomenon in animals known as gynanromorphy in Erie, Pennsylvania.  This cardinal was noticed due to the difference in color between the male and female.  The male cardinal is the scarlet color most identify this bird as while the female is a taupe, but this bird is split in color right down the middle! 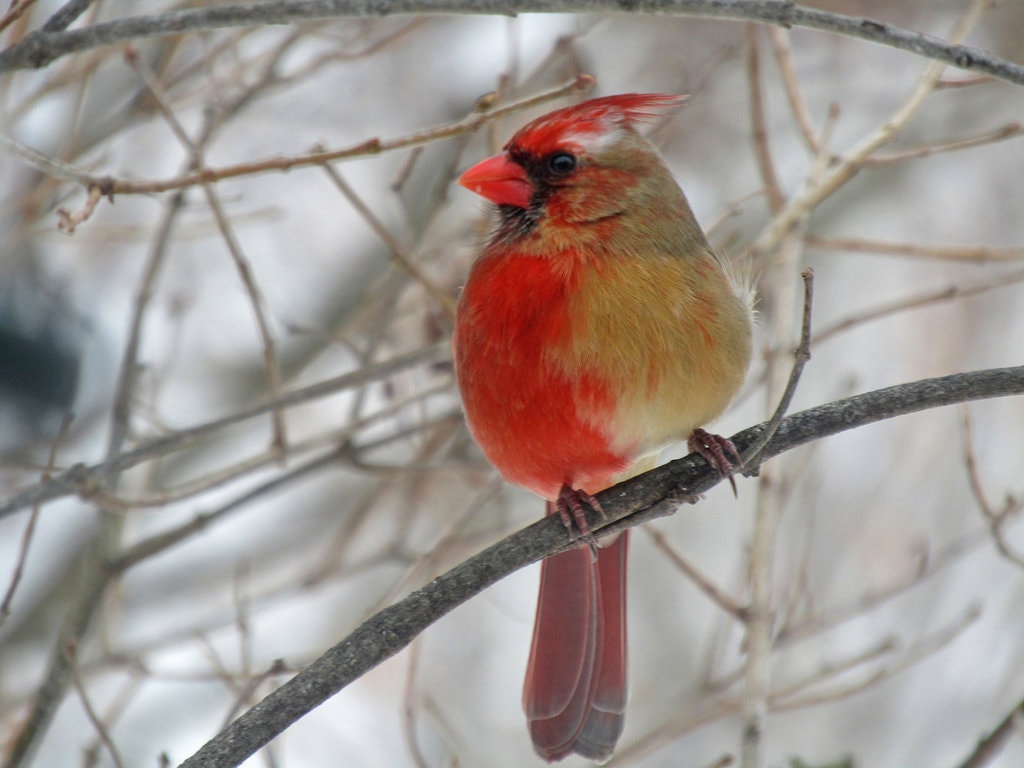 Daniel Hooper from Cornell University Lab of Ornithology speculates that during the fertilization period two separate embryos, that were fertilized separately, fuse together causing gynandromorphy.  A second theory is that the female egg contains both Z and W sex chromosomes (bird chromosomes are ZW for female and ZZ for male unlike humans which are XX and YY).

The bird develops down the center of the vertebrae because the vertebrates develop in a “bilaterally symmetrical way” but one side usually bears a little heavier than the other.  Daniel would really like the chance to get his hands on this bird for studies.

If the bird is truly gynandromorphic then it would most like be infertile, but the couple have been keeping an eye on the bird and they are curious to see as to how it will react come to mating season.