There was a genetic study done by Andrew DeWoody of the Department of Biological Sciences to see the connection between whales from the East and West coast. There are approximately 27,000 whales on the East and 200 on the West and many think the low number in population was due to commercial whaling, where thousands were killed. However, there were a few that got away and were able to still mate, making the population at approximately 200. When observing the genotypes of both species of whales, it was found that according to their genotypes the two species have diverged genetically. Also found was their was some cases of interbreeding between the few endangered whale species on the West. I found this article interesting because the scientists working on the study were able to determine a lot of information based on comparing the genotypes on the different species of whales. 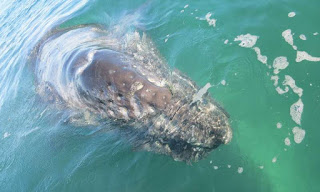