Why am I tired after eating a big Turkey Day meal? 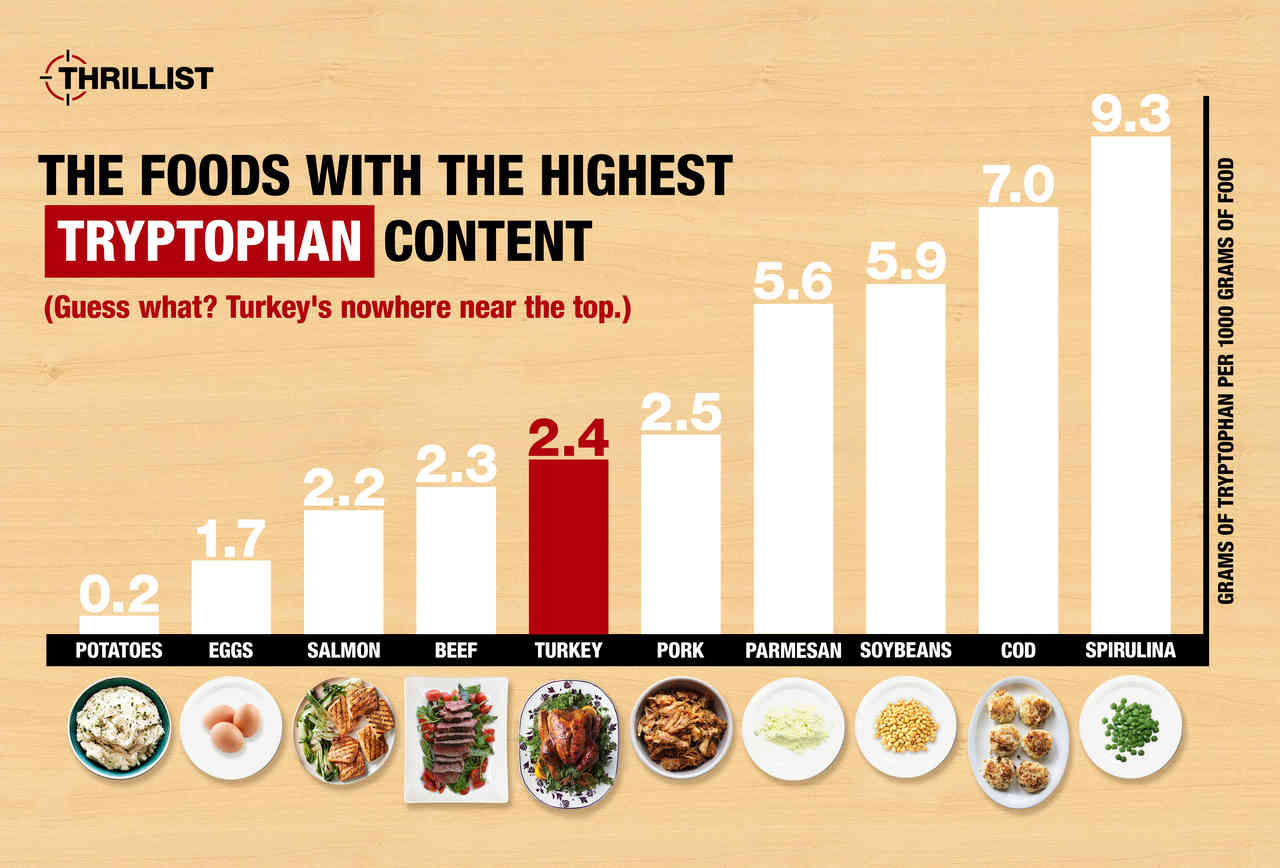 There is a common misconception, one which is new to me as well, that is circulated around Thanksgiving. More specifically, there is a belief that turkey, which contains an amino acid called tryptophan, is the culprit for why people are drowsy post Thanksgiving dinner. However, if that were the case, eating eggs, cheese, pork and salmon would equally cause you to be tired after consumption as well (1). In reality, the reason people are so tired after a large Thanksgiving dinner is due to the physiological changes that occur after eating a meal. The parasympathetic nervous system, in charge of digestion and some other bodily functions, prompts your body to slow down and focus on digesting the large volume of food that was consumed (2). In conjunction with the parasympathetic nervous system, the pancreas increases the amount of melatonin and serotonin present due to the release of insulin. Additionally, a spike in glucose can be observed after you finish digesting the food (2). Clearly, there are a lot of factors that go into being drowsy post Thanksgiving dinner. Let us look at a couple more reasons:

So where did this assumption come from? Bad science could be a possible origin. Just because turkey has tryptophan does not equate to a direct increase in serotonin. Lastly, a possible Seinfeld episode (3). Happy holidays folks, stay educated.