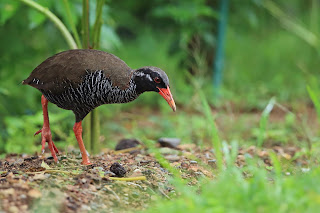 Species are going endangered much more often now due to the influences of human forces. This is one of the Avian species that are endangered, the Okinawa Rail native to northern Japan. In an effort to save the endangered birds, a group of scientists have tried to culture the cells. However, the cells are very unstable in a culture due to the stressors and that they degrade with age or known as "senescence". They have tried to immortalize the cells by introducing to it the simian virus and the human papillomavirus but that failed. Instead, the team decided with a more unorthodox and less refined way of immortalizing the cells, basically, they were taking a risk. They had to simultaneously introduce several mutagenic factors called the 4KDT method. Although this method cannot mass produce the immortal cells, it is a start to where the researchers need to begin. With immortalizing these cells, researchers hope to obtain valuable information of the innings of the avian species to try and save them from extinction.
Posted by Tommy Nguyen at 5:39 PM