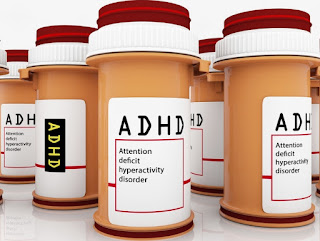 About 2.5% of adults and 5% of children are affected by ADHD (attention deficit hyperactive disorder).  The disorder can cause a lack of attention, hyperactivity, disorganization, and much more, making it seem like a behavioral problem in many cases.  However, scientists have discovered specific genetic variants that have been shown to link to ADHD, which could change the way many people view the disorder.  These variants can account for an increase in the risk of ADHD.  Although scientists knew ADHD was heritable, it was always difficult to find these genetic variants.  A study scanned 55,000 individual's genomes, in order to do research on the topic and found that there were 12 regions in the genome where some changes could increase the risk of having ADHD.  These findings do not account for much of the "genetic risk," says Professor Anders Borglum, but represent the "tip of the iceberg" and can lead to many more discoveries in the future.  This could lead to finding out more about the biological elements of the disorder, and can help in finding new drugs to treat the condition.  This in turn could help those who are just seen with "behavioral problems" be more understood and not as stigmatized.
https://www.theguardian.com/society/2018/nov/26/scientists-find-genetic-variants-that-increase-risk-of-adhd
https://www.webmd.com/add-adhd/guide/attention-deficit-hyperactivity-disorder-adhd#1
Posted by Emily Maxwell at 2:39 PM