Do Probiotics Deliver on their Promise? 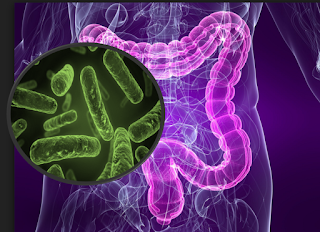 We’ve all seen the commercials and some of us may have even jumped on the probiotic bandwagon, but new research suggests those pricy yogurts may not deliver on their promises. This may come as a heavy blow to the many people who put their faith in the many probiotic supplements available to build microbiota for treating digestive issues, counteracting the negative effects of antibiotics, of just feeling good in general.


One study, from Weizmann Institute of Science, investigated the effects of supplements containing 11 bacterial strains on wild mice, special germ-free mice which had their normal microbes removed, and on healthy humans. The microbial populations already present in the wild mice resisted colonization by the new microbes, though these did take in the germ-free mice. In heathy humans, the new microbes were present in everyone’s stool, but only in the intestines of some of the participants. In other words, some people were able to colonize their guts with the new bacteria, but others just passed them from their systems.


A following study by the same team involved both mice and humans whose intestinal microbes were thinned out using antibiotics. Each species was divided into three groups; one received probiotics, one received fecal transplants, the last was observed without treatment. It was found in both mice and humans that not only did probiotic treatment not help, it delayed the populations of microbes in returning to normal.


Of course, this don’t necessarily mean there is no place for probiotics. Some of the humans in the first experiment did manage to add diversity to their gut microbiota. However more either passed the supplements with no effect or, in the second study, had a negative effect.  Perhaps more research paired with more precise use would be beneficial. For example, if doctors evaluated patients and paired them with supplements containing specific strains, rather than the relaxed attitude of people shopping for trendy supplements at health food stores after reading up on naturopathy.