An End to Invasives? 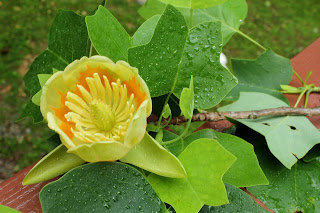 Researchers at Oregon State University have conducted the largest field based study of genetically  modified trees. From this study, they were able to engineer trees to keep from spreading. The study looked at poplar trees, a species with both, male and female trees. The researchers were able to identify a modification that prevented the trees from producing functioning sexual propagules without negatively impacting any other trait.
This new technology could be incredibly useful for getting control on invasive tree species. Many people plant certain invasive species, like Japanese honeysuckles (Lonicera japonica) or Norway maples (Acer platanoides) because of their aesthetically pleasing features. By limiting their ability to reproduce, people could still plant these ornamental, invasive species without spreading their seeds. The researchers state that more information is needed, and further studies will be conducted, but this technology looks promising and could be incredibly useful in landscape design.