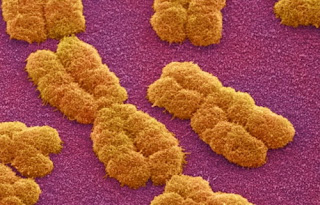 In May 2018, a group of scientists called the Genome Project-write, announced a community wide project to develop cells resistant to viruses, radiation, freezing, aging and cancer. These cells have been termed, "ultra safe cells". The group believes that it can trick viruses into DNA illiteracy by "re coding" the DNA. Once the virus is unable to read the target's DNA it loses its capacity to manipulate human genes into viral reproduction.

Re coding the DNA refers to the process of recreating the human genome without redundancy. So essentially there would only be one codon coding for one amino acid, vs. multiple codons signaling for one amino acid. This logic seems to have been effective when executed with E.Coli. after making 321 changes to E. Coli's genome, the bacteria had become resistant to certain viruses.

The Genome Project-write has teamed up with Cellectis bio pharmaceuticals, who have provided the scientists with a genome editing tool called TALEN. It should come as no shock that pharmaceutical companies are helping finance this project because drug companies lose a tremendous deal of product to viral contamination in manufacturing. Researchers hope that these "ultra safe cells" can help preserve medicines and lower their cost.

This is ground breaking science that seems to be fairly attainable. The only fear researchers should mind is the evolutionary capacity of viruses. It would be a real shame to put an incredible amount of time and money into a project that viruses adapt to and learn in a few years.

Article
Related Article
Posted by Unknown at 11:56 AM