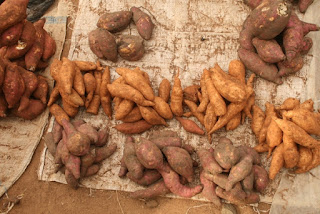 Even though many people were expecting the European Union to ease restrictions on gene edited crops, on July 25th 2018 it was decided gene-edited crops would experience the same regulation as GMO's. This came as a great shock to many European and African scientists. In the United States, the FDA has ruled that gene-edited crops do not present a threat. In fact they are identical to plants developed through traditional cross breeding techniques, just executed faster.

Nigel Taylor has been using CRISPR to create plant breeds resistant to disease in Kenya and Uganda. Many farmers were anticipating using this technology to grow more efficient crops and then export them to Europe. Unfortunately, African farmers are now forced to face the fact that they may have lost an entire continent of consumers they depended on. "The EU is Africa's single largest trading partner, receiving nearly $16 billion in agriculture and food imports in 2017..."

While gene editing techniques are faster, easier and safer than traditional GMO's, African farmers must revert to inefficient farming practices if they hope to sell their products to the E.U.