The Fight Against Malaria

In any hot and humid environment, a person can run come into contact with many flying insects, particularly with mosquitos. These pesky insects cause havoc from this bites, causing itches, and even sickness. Mosquitoes, however, have been known transmit and infect many with Malaria. 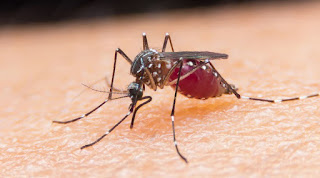 The disease, however, has been genetically identified. Scientists used piggyBac - transposon insertional mutagenesis to identify the genes that were associated with malaria. Parasites carrying malaria can now be readily identified and can potentially be treatable. Such a step can be help patients who are in dire straits when dealing with the diseases. Still, drug resistance is still a major problem, but using such a gene technique can allow for even better drug resistance and at the source.

Link to Research on Malaria Gene
Posted by Miguel Borbon at 6:49 PM