Researchers at the National Institute of Health (NIH) and the University of Alabama, Birmingham (UAB), have discovered a connection between the gene that codes for hair color and the gene that tells our body we have a pathogenic infection. Melanocyte stem cells are what drive the pigmentation in your skin, eyes and hair, so if someone were suddenly getting a lot of gray hair, it would be because there is an error with the melanocyte stem cells. A transcription factor was discovered to help keep the melanocyte stem cells regulated and the interferon response in place. The transcription factor is called MITF, and if by chance the MITF factor tries to fix an interferon response and cannot accomplish the job, then the pigmentation is lost since the MITF cannot regulate the melanocyte stem cells and the hair becomes gray. 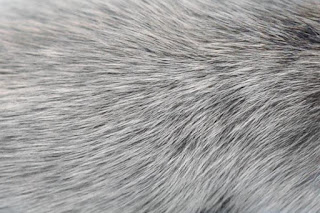 With this conclusion, it was revealed that genes that works to maintain pigmentation also serve to the immune system and any potential infections that could occur to attack the host. In my opinion, the future of this research finding could go in so many different directions, potentially the connection among the pigmentation and the immune system to discover what causes pigmentation diseases, where pigment is present in patches on the skin, to see what other research could be done to possibly reverse the process of gray hair. This kind of discovery could even explain extreme cases like albinism, no pigmentation in the skin at all, and if those people also have a poor immune system, as being another approach rather than looking at the melanocytes as the only possible explanation for the disease. This could also potentially explain further why younger people are starting to see gray hairs when their melanocyte stem cells should be working and functioning properly, then MITF could figure out the problem.