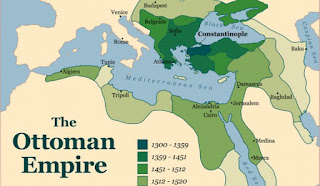 In early 2018, the country of Turkey released its ever so tightly kept population register, dating back to Ottoman times with ancestry records going back as far as 1882. Much to their surprise, the Turkish citizens found that the government emphasis on being a “pure Turk”, was not true. Many are now finding that their ancestry ranges from Kurdish descent, to western European. A lot of the Ottoman Armenian citizens were killed in forced deportation in 1915, thus destroying a lot of the gene pool in the process. For years, the Ottomans worked off the millet system, in which different racial/religious groups (Muslims, Catholics, Greek Orthodox, and Jews) could not interact and produce offspring with one another. This caused a giant drop in genetic diversity. To combat this, they put into effect a population exchange in 1923, having 1.2 million Greeks in Turkey, and 300,000 Turks in Greece causing an exchange in genes between the two countries when producing offspring.

By releasing this information and making it public, the Turkish government has ended that prior thought that the Turkish ancestry was “pure”. These public articles are not to remind the Turks that their ancestry is not pure and that their lineage is also not pure, but to remind them to embrace their new profound culture and have pride in their newly discovered gene pool that they might have.

This article was a good read. It shows how life is not as always as it seems. In the case of the Turks, it’s a good example of genetic drift and cultural diversity in how different people from different cultures interconnect to produce offspring with a high genetic diversity.

(Link to related article)
Posted by Dan Patrick at 12:33 AM