Night Owls Have Higher Risk of Early Death Than Larks

Night owls, who are people who are more likely to stay awake late and wake up late, have a 10 percent higher chance of dying sooner than larks, who are people who prefer go to sleep early and start their day early, reports a new study. This is the first study to show that owls have higher risk of mortality. Owls also suffer from more diseases and disorders than morning larks. According to scientists, employers should allow greater flexibility in working hours for owls. Part of why a person is either a night owl or a lark is genetic, however it does not mean that making a change from one lifestyle to the other is impossible. The article states that owls wishing to become more "larkish" can start by simply ensuring that they go to bed early consistently, rather than only on nights where they need to be up early the next day. 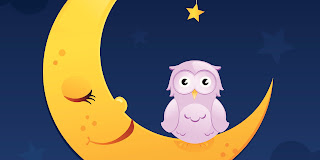 As a night owl that has been slowly progressing towards more of a "lark" lifestyle this article is both alarming and inspiring at the same time. I agree that it makes sense that people with a more "normal" sleep schedule would live longer, healthier lives. This kind of lifestyle helps promote a regular diet with plenty of time to have a healthy, unrushed breakfast in the morning and also most likely allows for more time to exercise. Genetically I think it also makes sense that these lifestyles often are passed down. My family is filled with night owls, even those in my lineage who are well organized and rise up early for work are the first person to sleep in on the weekends. The interesting part is that though we may have a genetic disposition to live a certain lifestyle, we as humans still have free will and can overcome that disposition to overcome what in this case could be deadly.