Dr. Seney and other scientists who he worked along side with concluded that since they had focused solely on postmortem brain tissues that they were not able to clarify if whether the opposing gene expression changes they identified led to differences in how major depression affects men and women. However they believe that what they discovered in this study suggests that men and women may still require different treatment approaches when it comes to major depression. 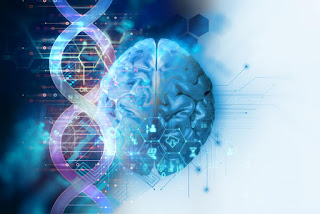 In my opinion this finding is great. It is important to realize how a disorder of any kind works, in order to then start to find treatment for shutting it down. From this we can begin to develop specific treatments for major depression disorder for both men and women. It is important to now know what was found in this study so that major depression can be treated and more people can live a fuller happier life. Many people commit suicide when they are depressed. Also being a student can be stressful, many college students take their life because of major depression. If this discovery can be of help in saving people from the thought that the only way out is to die then they should continue to delve deeper into further studies to find out even more. This study can affect many people and their friends and family in a positive way.

Link to article:
https://www.medicalnewstoday.com/articles/321245.php
Other information:

https://www.nimh.nih.gov/health/statistics/major-depression.shtml
Posted by Unknown at 1:46 AM