Researchers have been studying the gene in the development of Alzheimer's gene,  apolipoprotein (APOE), a great deal and they know that having one copy of the APOE4 gene makes the risk of developing Alzheimer's 2 to 3 times more likely. "The E4 version of the gene seems to be particularly damaging to the brain, with several studies showing that this genetic variant increases the risk of toxic amyloid beta and tau buildup.

Researchers at the Gladstone Institutes wanted to find out why the effects of the E4 version of the gene is so threatening, specifically what the difference is between the E4 and E3 versions of the gene. To find this out the researchers examined the effects of the APOE4 on human brain cells by modeling the disease in human cells. They created brain cells using skin cells from people who did not have Alzheimer's and had two copiers of the APOE3 gene. 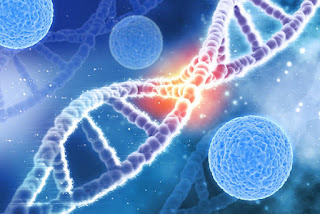 They found that in human brain cells the E4 protein has a pathogenic conformation. A pathogenic conformation means that if has an abnormal form that prevents it from functioning properly. This leads to a series of disease causing problems. They also found that is increased amyloid-beta production in human but not mouse, neurons. They expressed that this could explain the differences in some drug efficiency between human and mice.
The scientists tried to correct the affects of the gene by applying a previously developed APOE4 "structure corrector". In previous studies this corrector changes the structure of APOE4 so that it behaves more like the inoffensive APOE3 gene. Applying it corrected the defects and eliminated the signs of the disease, restored normal cell function, and helped the cells live longer.
In my opinion, this discovery can change many things. It is important to have more insight about how efficient drugs are on mice compared to humans. This can tell researchers more information for future drug development. Also these findings if they can cure Alzheimer's with this method or even prevent it until a later age will make a great difference. People will live longer lives and the emotional tole that this disease has on people and their families can be avoided or lessened.