Researchers at the Gladstone Institutes in San Francisco, CA wanted to find out more about the apolipoprotein (APOE) gene with the accompanying variant E4 and the harmful effects in the medical mystery Alzheimer's Disease. APOE's purpose is to create lipoproteins which regulate levels of cholesterol through the bloodstream. There is however, an E4 variation of this gene, which displays a higher risk of toxic amyloid beta and tau buildup that is detrimentally harmful to the brain. APOE4, a variation of E4 and the APOE gene, is known to raise the risk of Alzheimer's Disease by two to three times just for having one copy of this kind of gene. As such, having two copies of the APOE4 gene proves to increase the risk of Alzheimer's by 12-fold. 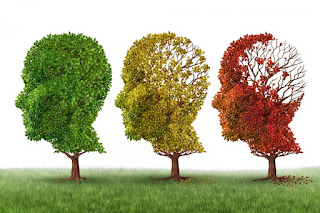 The question still remained however, if APOE4 was so detrimental, does it alone cause devastating toxic poor outcomes to the brain or could it be affecting APOE3 to lose some of its normal functions? The leading researcher Dr. Yadong Huang, a professor of neurology and pathology at the University of California, San Francisco, addressed the importance of this question, "If the damage is caused due to the loss of a protein's function, you would want to increase protein levels to supplement those functions." The researchers analyzed previous studies done on mice for Alzheimer's Disease looking at the variants of the APOE gene, but quickly realized that the mice were not a good example of a human model. In a human, they found the APOE4 gene increased amyloid-beta production, but in the mouse model there was no such increase.
This was an extremely important finding. Considering that mice and other animals are used a majority of the time as lab subjects to test new drugs for diseases that affect humankind, if the mouse did not react the same way as the human did with APOE4 in its system, then this could mean the difference between whether the drugs made to treat the mouse cannot be used successfully to treat the human patient, as they both have different reactions to APOE4.
The last step of this lengthy process, was to see if the loss and lack of APOE3 was the cause for Alzheimer's Disease, or the over-production of APOE4 being the primary cause. The researchers compared neurons that did not produce either E3 or E4 variants, and cells that already contained APOE4. When the host behaved normally, adding APOE4 contributed to symptoms of the disease, thus confirming that APOE4 is the targeting factor that leads to thousands of people contracting Alzheimer's Disease. To correct this addition of APOE4, Dr. Huang then administered a "structure corrector" that had been previously developed, so that the APOE4 behaves and looks like a APOE3 gene. By this administration, the signs of the disease stopped, and corrected the defects caused by APOE4 and restoring the cells to its natural state.
This is an unbelievable breakthrough. There has been plenty of research done for the Alzheimer's Disease, since it is one of the most heartbreaking diseases to see unfold upon family members and loved ones. The researchers went back to old studies and experiments conducted, and were able to find flaws, correct them and conduct their own experiments with successful results. To say that these researchers are inches away from eliminating Alzheimer's Disease from our lives would be an understatement. Dr. Huang and his research team have accomplished what was thought to be a settled matter, that Alzheimer's Disease is what it is. But in fact, there is hope, and it grows only stronger from here on.

For more information on this article: https://www.medicalnewstoday.com/articles/321455.php
To better understand the APOE gene: https://ghr.nlm.nih.gov/gene/APOE