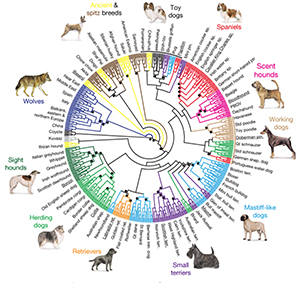 Ok, they really don’t hate cats per say (or maybe they do, depends who you ask). In an article done by the New York Times explains how there is a minuscule amount of genetic research done on cat genome as compared to dog genome. Elinor Karlsson, a geneticist in specializing in dog genome at the Broad Institute and at UMass (who owns no dogs), feels that dogs are taken more seriously than cats, which is probably the cause of social biases. Many of the cancers found in cats are actually closer linked to human cancers rather than those of a dog, but there “has been almost no research into them”. The cancer that are found in dogs often vary by breed, and since there are so many breeds of dog (400 as compared to 40 cat breeds), it’s easier to study them since there is so much genetic diversity among the species.

According to Dr. Kate Megquire, a pre-DVM at the Broad Institute, insists that cats need more attention genetically. Cats are susceptible to lymphomas, and oral cancers that are biologically similar to human cancers, however she also states that, “these might be related to environmental toxins they pick up while grooming themselves”. She also stated that the feline genome is more detailed and more intricate than the current studies on the canine genome.

Elaine Ostrander at the National Institute of Health explains how there are eight genes that control body size in dogs, with the first gene causing small stature. Her lab also found a common gene mutation in German Shepherds that causes kidney disease before it was linked to cause cancer in humans. Elaine claims that domestication with dogs, “happened in an amazingly short period of time and we don’t understand all the genetics associated with it. It remains one of the most interesting and challenging questions in biology”.

Leslie Lyons at the University of Missouri also agrees with Elinor Karlsson. She says that the dog genome is widely studied because the certain cancers that they may obtain can be traced back to a common ancestor since there is so much species diversification however, there is a very low number of cat breeds. This is stems from a sociological conflict with the cat-lovers. Her reasoning is that cat people are not as interested in breeding their feline friends. There could be a cat that is the size of a Great Dane, but there isn’t because nobody has bred one to be quite as large yet. There is also a lack of funding for research for cats as well.

Dogs were also more widely eaten by ancient humans which means their remains were more easily obtained by researchers. The first evidence of a domesticated cat was over 5,300 years ago in ancient China, while the first domesticated dog is approximately 15,000 years old. Dog were bread in order to work (protection, hunting, farming), while many medieval humans did not see the use in cats, since they felt that they were harder to train.

This article was very informative. I own both a dog and a cat, but I have never thought about the genome for each animal. I also did not link dog and cat cancers to human cancers and that there is such a variation between the number of dog species and the number of cat species.  It's interesting to see how all these cancers can be traced back to a common ancestor and how certain cancer causing gene mutation in dogs can be linked to cancer causing mutations in humans.